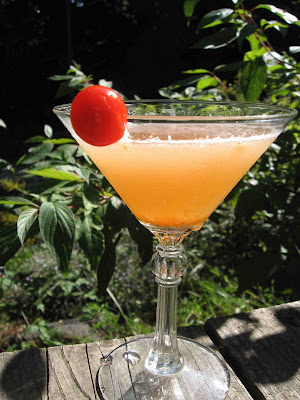 At this point in the harvest season, you may have grown tired of eating cherry tomatoes. But have you tried them in a cocktail yet? Felicia’s Tomato Zinger is a version of the Sungold Zinger, initially designed by Carlos Yturria at a San Francisco bar called Range. Felicia used Sweet 100 cherry tomatoes from her dad’s garden and Oregon Growers and Shippers Wildflower Honey purchased at Ithaca Coffee Company. The result was a pale orange, half tangy-half sweet martini. One sip and Felicia was smitten, just like her San Francisco blogging pals at Married With Dinner. It is hard to pick out the individual flavors of the tomatoes, honey, lemon juice or gin. Rather the drink takes on a unique - and incredible - flavor that is all its own. If you make only one of Felicia’s cocktail concoctions at home, the Tomato Zinger should be the one that you try. At least for this week.

If you order one of these at the lounge this week, Felicia happens to be using Sungold tomatoes. Everyone who has tasted the cocktail so far has exclaimed with pleasant surprise, "Oh my god! This is great. " People are now ordering this drink by its new nickname, "I'd like another 'OMG', please."

Muddle four cherry tomatoes, sea salt, honey syrup and lemon juice. Add gin and shake with ice. Strain into a chilled martini glass and garnish with the remaining cherry tomato. Note: if you use Sungold tomatoes instead of Sweet 100s, Felicia recommends 3/4 ounce of honey syrup.
Posted by Who is Felicia? at 2:40 PM 2 comments: 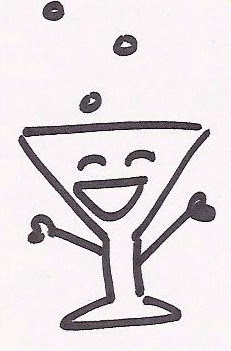 An Open Letter to the Guy Who Got Shut Off Last Night:

You were wondering why we refused to continue to serve you last night after you finished your fifth manhattan during your hour and a half marathon at our lounge. While we were most impressed with your consumption abilities, 'tis a lot of booze. Five manhattans. That's like 12 shots of bourbon. 12 ounces. A cup and a half. In an hour and a half. Followed by a few sneaky shots after we shut you off. You rascal, you. Felicia bows before your liver of steel.

Fondly,
Felicia
Posted by Who is Felicia? at 7:41 PM No comments: 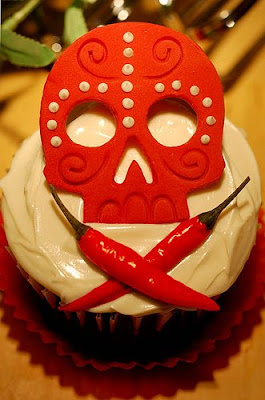 An Open Letter to the Guy Who Steals Drinks:

We have seen you chug other people's cocktails - even strangers' drinks - when they are not looking. Last week, did you think that full-to-the-brim martini was sitting abandoned on the bar by accident? Tempting you to sneak the whole thing? Inviting you to slug it down? We made it just for you, with our chipotle-infused tequila. The look on your face as your mouth burst into flames was simply classic. We notice that you aren't stealing drinks anymore...

Fondly,
Felicia
Posted by Who is Felicia? at 7:41 PM 2 comments: 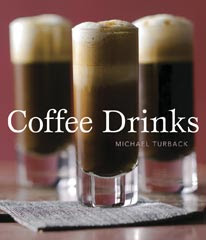 Last year, Leah was approached by Michael Turback and asked to design an espresso cocktail for his upcoming book. The book, Coffee Drinks, is now published and available at Ten Speed Press. With the assistance of Gimme! Coffee barista/Felicia's Atomic Lounge bartender Colleen Anunu, Leah experimented with orange peels, vanilla beans, Grand Marnier, cinnamon sticks and various types of espresso. After sipping the cocktail she made with Gimme! Mocha Java, muddled lemon balm (from Felicia's garden, of course), an orange wheel, vodka and lavender whipped cream, Leah exclaimed, "Now this is the real deal." Hence the drink was dubbed The Real Deal Espresso Martini. The recipe for Leah's cocktail is side-by-side in Coffee Drinks with recipes by other talented coffee-loving mixololgists including Paul Clarke (The Cocktail Chronicles) and Jeffrey Morganthaler . Want to taste it? For now you will have to buy the book.
Posted by Who is Felicia? at 12:32 PM No comments:

Email ThisBlogThis!Share to TwitterShare to FacebookShare to Pinterest
Labels: farmers' market cocktails, In The News, liqueur 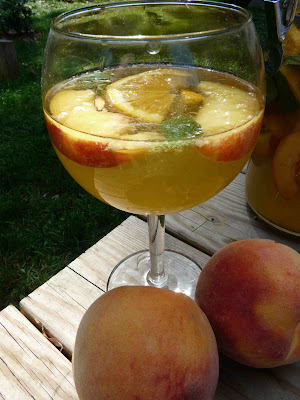 When most people think of sangria, they usually picture it being red. Though not as famous as its red sibling, white sangria is a perfect beverage for harvest season. The combination of wine, fruit and sugar results in a lightly sweetened flavor rainbow for your mouth.

The best part about sangria is that it is virtually idiot proof. A cheap bottle of wine works just fine (Felicia is currently using the practically undrinkable Rene Junot white) and you can try adding whatever fruits you have on hand, such as peaches, melon, grapes or berries. As autumn falls upon us, you can add apples and cinnamon. Keeping the skins on the fruits enhances the flavor. If you like carbonation, serve it with a splash of Sprite or seltzer. Because Sangria is punch-like, you can mix it up in larger batches if you are having friends over. If you do not drink all of it at once (which could prove challenging since it is so good), it keeps in the fridge for a few days or up to a week if you strain out the fruit.

Mix all ingredients in a large glass jar. Add more or less sugar to taste. Let sit for a few hours. Serve in wine glasses over ice, with a splash of Sprite or seltzer added if bubbles are desired. Number of people served varies, but Felicia advises you to share or you will end up with a bittersweet sangria headache. Salud!
Posted by Who is Felicia? at 11:47 AM 1 comment: 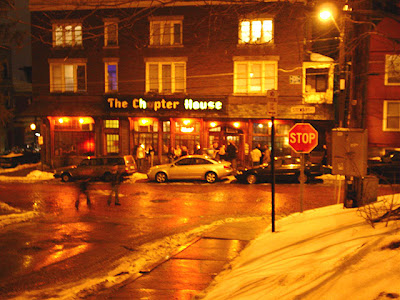 While Collegetown is technically a part of the city of Ithaca and only about a quarter mile up the hill from the Commons, this neighborhood feels miles away from downtown. Many Cornell students never venture beyond the invisible boundary at the top of Buffalo Street. When I was a Cornellian (two decades ago!), I had no idea downtown existed until I was a senior. I'm serious. Common sense is not a requirement for admission to Ivy League colleges. In the same vein, townies often choose to avoid college hangouts and the steep hike up the hill, made pseudo-famous by early Little Rascals episodes involving go-carts careening out-of-control down this very slope.

That said, the Chapter House is a great excuse to give your thighs a workout. In fact, they were featured in this month's Imbibe Magazine in the article "100 Best Places to Drink Beer in America."

Our reason for visiting the Chapter House last night was to have a final toast with our former bartender, Nat, on the eve of her embarking on a permanent journey to foodie heaven (San Francisco) with her partner, a fully loaded moving van and two mentally unstable cats. More on Nat in my next post.

Chapter House has one of the best beer selections in Ithaca, with over 30 brews on tap. Leah and I both started with a pint of Wachusett Blueberry. Leah went back for a second. Unfortunately, my sense of taste has been off since I had a cold a few weeks ago, and the blueberry flavor was too mild for me to completely appreciate. I chose the more burly Saranac Black Forest as my second pint. Our friends were drinking Victory Golden Monkey (which tasted remarkably like bananas), Rogue Dead Guy and a lot of pints of Strongbow Hard Cider.

Having not eaten since breakfast, Leah and I then set out on foot in order to find somewhere in Collegetown that was open at 10pm on a Monday night. Our usual haunts, the ABC Cafe and Vietnam Restaurant (best Vietnamese we have ever had), were sadly closed, as was Nat's favorite Korean place, Four Seasons. We ended up at a Japanese restaurant we had never been at before, Miyake. We were a little nervous that we were the only people in there, but decided we were up for an adventure. Here's our review: excellent food with artful presentation, a little pricey for C-town, but the service was exemplary. Leah had the avocado salad and a something-dragon roll (it included shrimp tempura) and I had the spicy tofu appetizer followed by a yam roll. We liked all of it, and it was easy on our beer-filled late-night bellies. They were out of the 375 ml bottle of sake that we ordered so the owner gave us the chilled house sake for free. Nice touch. Total for dinner before tip came to $38 for two. We will definitely go back to Miyake, as long as we can get our lazy booties up the hill again.
Posted by Who is Felicia? at 10:22 AM 2 comments: 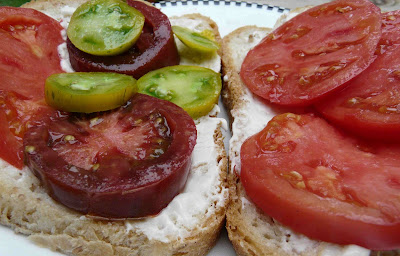 I eat this almost daily during the late summer, sometimes even twice a day: tomatoes plucked from the garden moments before consuming, white peasant bread, mayonnaise and a sprinkle of salt. One of the delicious satisfactions of tending a garden.
Posted by Who is Felicia? at 9:59 AM No comments: