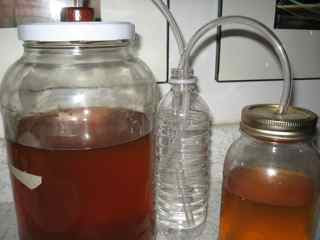 I bet the Cornell Orchards folks might have some tips on making hard cider. (In my Ithaca broke-college-student days, I'd go there for a quart or two of unpasteurized cider and stash it by the radiator or in my closet till it got a decent kick.)